Goya - discovery of a bell

Such things do not happen often.

Only 10 days after discovering the bell on the wreck of the FRANKFURT we find a bell on the wreck of the ship GOYA. The discovery is all the more exceptional, as this wreck has already been somewhat explored. Since its discovery in 2002, there have been many, more or less legal dives on it. We managed to come across the bell during the wreck inventory, which is being carried out by Baltictech (under the supervision of the National Maritime Museum in Gdansk and the Maritime Office in Gdynia) in order to show the current state of the Gustloff, Goya, Steuben wrecks.

This time we focused on the stern and holds. On the way back, we passed through the mess hall, where Jacek Kapczuk spotted and Marek Cacaj filmed a small bell on the floor. It is not a typical ship's bell, but rather one that summons the crew to meals. Nevertheless, our hearts beat faster.

The bell remained in place and we will soon show you more pictures from this year's inventory. 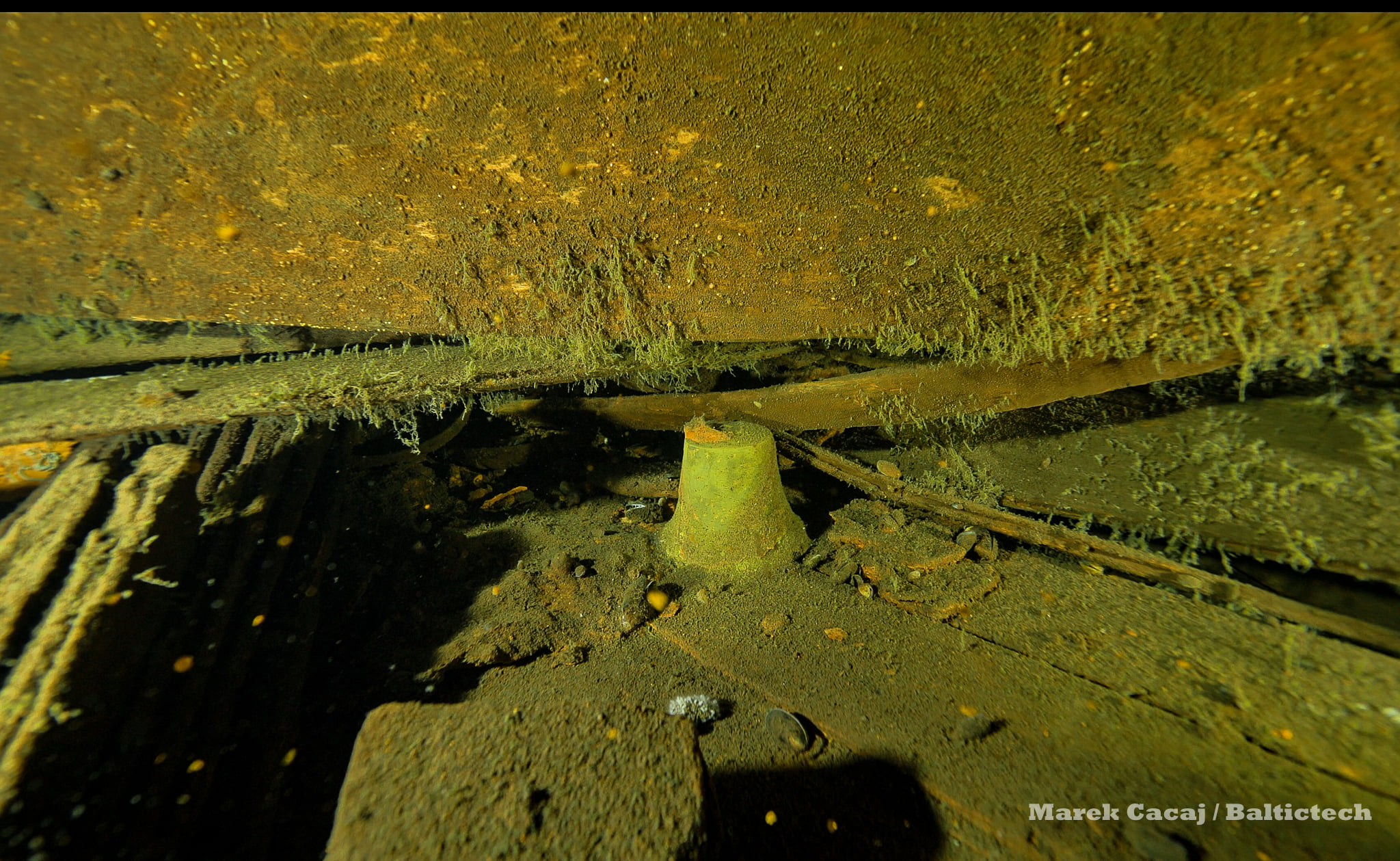